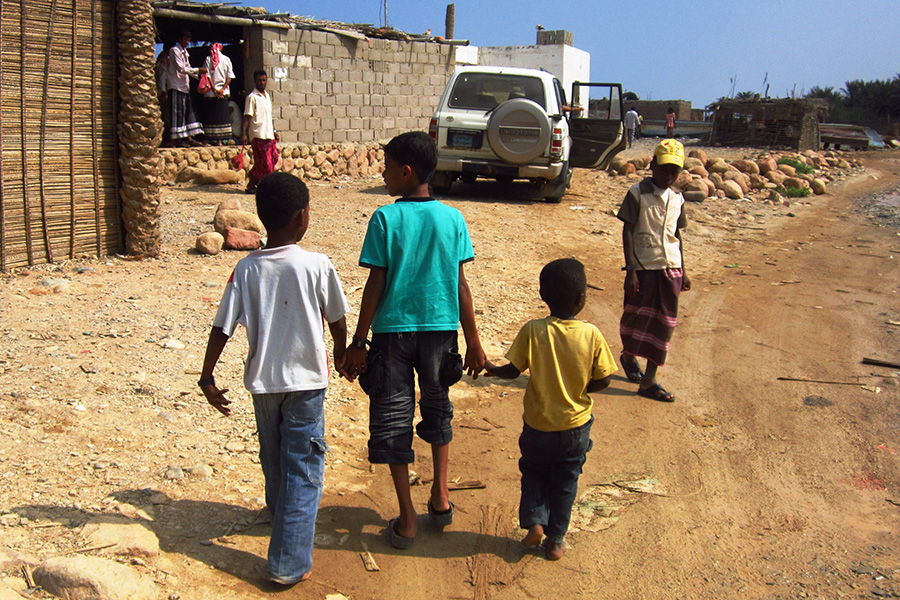 The Good, the Bad and the Ugly… of international development

Development work can be terribly frustrating. You get closest in touch with human suffering and there is often very little you can immediately do about it. The suffering is heartbreaking here and now; the impact you make often takes patience and only becomes visible after lengthy periods of time.

Ana Maria spent three weeks barricaded in a building without electricity in Sana’a, Yemen, listening to the sound of machine gun fire, bombs and heavy artillery outside. She was working for the UNDP in 2011 and arrived in the country days after the protests against president Ali Abdullah Saleh. The UNDP headquarters were already bullet-ridden, following a recent conflict between the son of one of the most influential local sheiks and a rival tribe. The widespread possession and liberal use of firearms, from the frequent street shootings to wedding parties made it very difficult to figure out at any given moment if she was in danger or not and she was expected to report through radio every evening that she was safe. Armed conflict eventually broke out when government forces shot and killed 45 protesters during their daily prayer. It was bound to happen sooner or later though, if not because of the staunchly conservative environment, at least because Sana’a would be the first capital in the world without access to water resources no later than 20 years from now. Ana Maria was eventually evacuated three days after the president was seriously wounded in an attack. Her stay in Yemen offered a first-hand experience of how peace efforts can be shattered in a split second.

Andreea Nowak, Ștefan Cibian and Sabin Mureșan have learnt another side of humanitarian aid and development assistance: the one which may create dependency and opportunism or whereby we might apply our own view of the world to contexts which don’t validate it. In Cali, Columbia, Andreea was shocked to find that development had a different meaning than it usually does for us: there was no need there for any sort of economic assistance: supermarkets and even luxury shopping malls and brand name fashion were rife, food was abundant, tap water was clean and safe to drink, carefully caring for personal hygiene came natural to most people, there were spectacular highways. Yet one was advised not to go out alone even in broad daylight, not to trust the countless police officers in the street and talk of the most recent guerrilla action was just commonplace conversation.

In turn, Sabin and Ștefan have learnt that money alone is not enough. Very often, safety is a prerequisite that’s not sufficiently and sustainably met (i.e. with peacebuilding troops) before post-war recovery can begin. At the same time, money that’s poured in by Western donors, often in a non-coordinated and inadequate way (Sabin recalls one guy working for an international organisation asking for a solution to spend two million euro on in 6 months, since there was some money left from another humanitarian project and it needed to be spent by the end of the financial year!), either creates opportunism (locals learn how to get the money without doing the job), or dependency (as in the case of Kosovo, whose economy is in great part dependent on the international presence). In other cases, recipient countries even reject financial support: in 2010, Uganda did so with EU money, which it showed very little interest in. Instead, employing locals as much as possible, “not giving people fish but teaching them to fish” and paying more attention to non-state actors than the international community does now could prove helpful.

For Diana Tonea, going to Cameroon as a development worker was literally a leap in the dark. In a country with lots of isolated rural areas with no public lighting and frequent power failures, she would’ve needed a flashlight to get around. Yet the place was unsafe and the light would draw attention to her being a stranger and not knowing the way, so she needed to learn to walk in complete darkness and study during the day the road she would need to walk at night, as she was travelling to implement a school course in gender violence, reproductive health and AIDS (in Cameroon, early marriage rates are as high as 30%).

Development work also offers unexpected revelations of the human nature and society. Such was the case when Roxana Nan, working with indigenous Chuwis and Yampara populations in Bolivia, found that 4,300 m above the sea level, in a house made of clay and without windows, an entire community was debating their new Constitution, education system and laws that needed to be passed. Government in these ‘primitive’ (?!) societies works by general consensus, not majority rule. It is only after negotiations have resulted in a universally accepted solution that decisions can be implemented.

All these people and their good and bad and enriching experiences are part of ARCADIA – a professional association of Romanian specialists in the field of international development, which now comprises almost 200 members. Once Romania became a donor of development assistance, as an EU member, the emergence of ARCADIA was the result of attempts by a few enthusiastic people (led by Mădălina Prună and Ştefan Cibian) to develop a network of experts who would contribute to substantiating foreign policy, development and trade policies, encourage relevant debates and facilitate the transfer of information between key stakeholders in shaping these policies. They also wished to make the best of the experience of Romania being a recipient country to now become an efficient donor state.

2015 saw the launch of a Romanian online publication, International Development Review – Connecting you to global and regional debates, which is published twice a year. Each issue approaches a distinct theme. 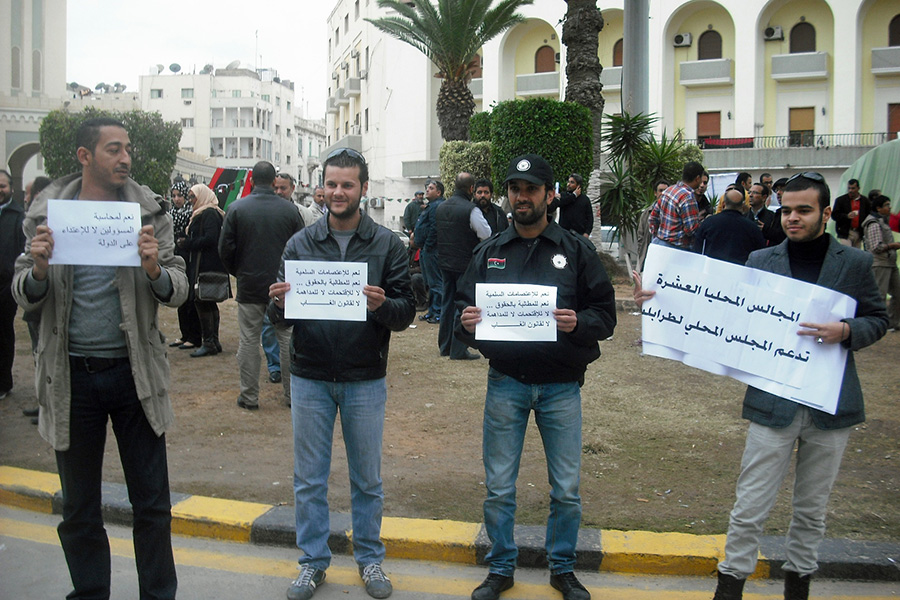 When Benghazi proclaimed itself the first free city of Libya, the first free city in Romania wanted to lend its support and its experience. In Timisoara, the Intercultural Institute, with its already significant experience in the fields of human rights and the integration of national minorities, built and implemented the only EU project in 2012: human rights-oriented reform of the Benghazi prison system. Most other NGOs and international organisations had left, fleeing the growing insecurity, once rival militias started fighting one another in the wake of Ghaddafi’s fall. The transition to democratic rule had started once free elections took place earlier in the year. Despite the differences in geopolitical context, the transition of Libya had many common structural features with Romania’s in the years following the regime change in December 1989.

The Romanian prison system is recognised internationally as a model of good practice due to positive human rights records, despite lingering problems. Therefore, the proposed project by the Intercultural Institute, “Enhancing Human Rights Reforms in Libyan Detention Systems” in partnership with the National Prison Administration (A.N.P.) received the support of the European Comission.

Daniela Crăciun, the project manager, together with the IIT team proposed a partnership that wasn’t going to copy the Romanian model though, but was based on comparative learning, encouraging critical thinking and establishing relationships of mutual trust – all with the purpose of responding to the specific needs of that time and place.

The Libyan prison where the project was implemented is called Kuwayfyiah. Because of mass prison breaks and infrastructure deterioration during the anti-Ghaddafi revolution, it was in a degraded state. In less than a year, the project team managed to train the staff and to partially modernise the infrastructure. The programme included human rights training, study visits to Romania (with a presentation of Timisoara and Jilava prisons) and to Libya (conferences in Tripoli and Benghazi),  teaching English and French in order to facilitate staff communication with immigrant detainees who did not speak Arabic, providing technical equipment, such as a computer network and software to speed data registration of those imprisoned.

The project led to a more trustworthy relationship between the two sides as shown by the requests made afterwards by the Libyan delegation to participate in more trainings in Romania to acquire knowledge. It was also not the first such mentoring experience for the National Prison Administration, which had previously hosted study visits from Moldova and Armenia and had signed a protocol of cooperation with the Croatian prison administration.