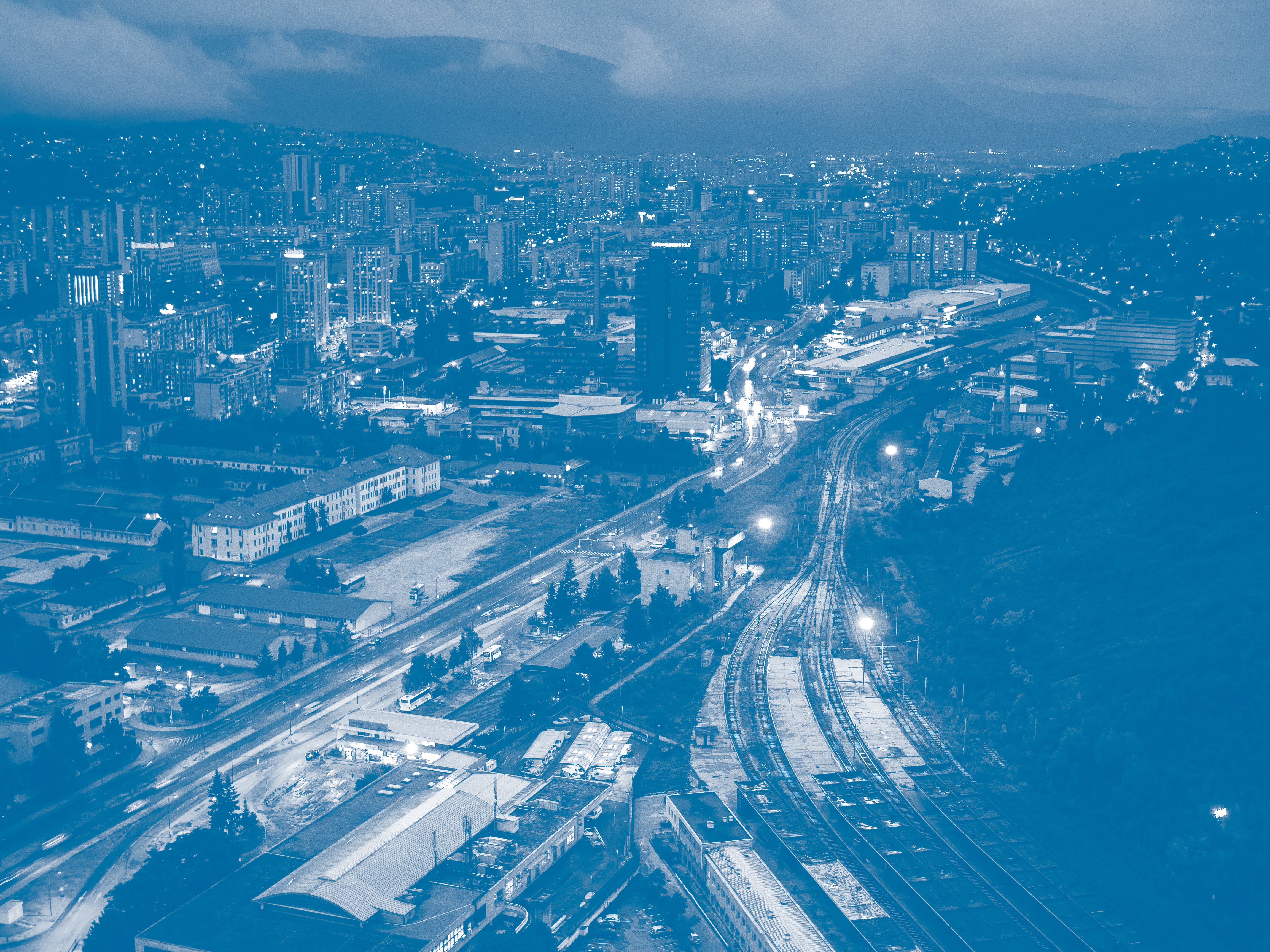 What are the accomplishments of the European integration process in Bosnia & Herzegovina, Montenegro, North Macedonia and Serbia? Despite being at different stages, the process has still not been able to sufficiently affirm the constitutional commitment of the tripartite division of powers in these states and bring about an equal balance between them. Respect for this commitment is of fundamental importance for the operation of both the political and the overall social system.

Recent research by the Centre for Democratic Transition (CDT), the Centre for Research, Transparency and Accountability (CRTA), the Metamorphosis Foundation and the ‘Why not?’ Citizens Association  analysed in detail the situation in the fields of elections, justice, the fight against corruption and organised crime, media and public administration reform in Bosnia & Herzegovina, Montenegro, North Macedonia and Serbia. The key conclusion is that the process of EU integration is formally progressing in all four states, at a general level and that the set parameters and criteria are being met. On paper, the boxes are being checked.  At least from that point of view there are reasons for satisfaction. However, in practice, the progress on some of the most important criteria – such as rule of law and building democratic institutions, which are crucial for any functioning democratic society – is neither satisfying, nor even encouraging.

The tyranny of politics

Data from the research shows that a high-quality checks-and-balances system within different branches of government has not been created, which remains a key issue when assessing the sustainability of rule of law in the region.

There is no effective democratic supervision of government institutions. In Bosnia & Herzegovina, Montenegro, North Macedonia, and Serbia, political parties dominate the legislative, executive and judicial powers, although these countries’ constitutions vouch independence and separation of powers in the state.

Within these institutions, the executive plays the dominant role. Parliaments, courts and prosecutors’ offices are too underdeveloped and understaffed to be able to seriously challenge this dominance.

This interference affects all the processes and institutions whose roles are irreplaceable in modern democratic societies: despite formal progress, the fight against corruption is selective, slow and often hindered by the actions of different forces and interests; the judiciary is still not essentially independent of government branches, and in some countries, it is even formally subordinated to the government.

The uncontrolled use of state resources gives an initial advantage to ruling parties, and also casts a shadow over the quality of elections and affects people’s trust in the electoral process. One of the main ways in which parties use state resources is public employment; public administrations are filled with party-selected, often incompetent staff, which negatively affects the services provided to the citizens.

Political power accumulated this way inevitably leads to the creation of strong ties with economically powerful people, which can result in the long-term danger of market principles being compromised.

The forces of reform in the Balkan states, whether they are in power or form the opposition, have very limited space for action in such an environment. First and foremost, it is hard for them to resist growing populist trends, and they often fail to create alternative ideas for development. Moreover, a power system based on patronage networks (clientelism, party dominance, the link between politics and money) makes it impossible for these forces to connect and carry out concrete and successful actions, unless they form their own networks.

One should not ignore the presence of extreme ethno-nationalist groups, which are always activated when the state wants to slow down or stop the process of regional integration, and (with the strong propaganda and mobilization of populist forces) are trying to replay the early 1990s.

The limited achievements with regard to EU integration, as well as the regional and global circumstances limit the ways in which the EU can exert a positive influence on regional developments.

The successful implementation of the Prespa Agreement and the resolution of the complicated name problem between Greece and North Macedonia is a major success for EU policy in the Balkans. However, the unresolved issue of Serbia and Kosovo is far from any agreement, and other countries in the region are still involved in bilateral frictions of sorts.

Maintaining and developing regional stability should be one of the key priorities of EU policy, but not the only priority.

In the long run, it is very difficult to achieve regional stability if individual countries do not enjoy internal stability.

This means not only GDP growth, investment, or better roads; stability means creating resilient societies that can address the most complex internal issues by democratic procedures.

Building this type of sustainable stability must not be neglected or ‘sacrificed’ in order to achieve stability in terms of regional security Both processes must function simultaneously and in parallel, because they are equally important.
The long-term stability of the Western Balkans is not solely in the domain of the states therein, but depends on a large number of external factors as well, the most important and crucial being the stability of the EU itself. The dynamics and efficiency displayed in resolving the current challenges of the European Union (the future of the EU, Brexit, migration crisis, relations with the US, Russia, China etc.) can impact the Western Balkans decisively.

The European perspective for the region remains the only acceptable option. It is the only choice that can motivate, mobilise and properly channel the Western Balkans towards a value-based political platform. If, for any reason, some other actors which hold different values find room for action and entry, the perspective of the region may not be as bright in terms of democracy. The region is at a crucial point in terms of building strong institutions, achieving the core political criteria and establishing effective, transparent measurement mechanisms.

The governments and parliaments of the four states must shift their political focus towards the actual fulfilment of the political criteria to join the EU. The approach of ‘checking the boxes’ has to be replaced by the creation of quality mechanisms to measure what has been achieved in this area and how the actual reality has been improved. We need to answer the question of “what we have achieved” and not just “what we have done so far”. Also, it is necessary to get out  of the labyrinth of formally fulfilling the criteria in Chapters 23 and 24, and focus on what is needed to make that fulfilment meaningful – namely, to solve the issue of separation of power in the state, and fair and democratic elections.

Moreover, the parliaments of the region must develop a methodology and mechanisms to monitor whether the political criteria are being met, i.e. to supervise what the governments are doing in this field. That makes necessary the adoption of annual reports by the parliaments, as well as a serious political debate about the fulfilment of the political criteria. These activities could take place within the existing parliamentary working bodies or by forming new ones. The report preparation cycle would follow the deadline for the publication of the EU report, and a plan of control and consultation hearings of the institutions would be prepared, as would be the methodology for reporting, etc.

However, even if national decision-makers are prepared to take action in this direction, this process will not have any real meaning without EU encouragement and support.

No compromise on democracy

The European Union should make more effort to better present and rate the effects of meeting the political criteria. Although these ratings exist, they are insufficiently developed and precise in order for a truly faithful image of this process to be obtained. We are aware that this process is not easy or simple, but also that the EU has the knowledge and capacity for improvement in this field. Therefore, the EU should be expected to take more concrete and decisive actions in implementing its own Action Plan in Support of the Transformation of the Western Balkans, which also envisages support for detailed action plans in the area of rule of law, the greater presence of expert missions, as well as the better use of conditionality in the negotiation process.

Furthermore, the EU needs to focus more on fundamental democratic issues within the Western Balkan countries and to make stronger contributions to resolving them.

Finally, and most importantly, the EU should make both the negotiation and the accession processes stable and certain in the long term. They should not be dependent on current problems or the outcome of elections. Only in this way can the real European perspective for the Western Balkans be opened up. If the EU does not offer a clear European perspective to its member states, alternatives will be offered by actors with different sets of values. We must not find ourselves in a situation where the needs of the regional countries are better understood by less democratic actors.

EU policy should encourage democratic forces and create better and sustainable conditions for their development. It should also stimulate and assist economic development and large infrastructure projects to the extent that other actors are doing it. None of this will be possible without a more decisive approach to addressing the key internal issues and problems in the democratic operation of the regions’ states.

Therefore, the EU should not overlook the Western Balkans. It must not be indecisive and leave room for the destructive effects of other, less democratic interests. It should not blur the perspectives of enlargement and economic development. The region’s European perspective should not depend on the outcome of any single set of elections in Europe. Most importantly, it should reject any compromise on democratic values and principles in the region for the sake of security and stability.

DRAGAN KOPRIVICA is Executive  Director at the Center for  Democratic Transition, Montenegro.

With the support of the Balkan Trust for Democracy (BTD) and the Royal Norwegian Embassy in Podgorica.