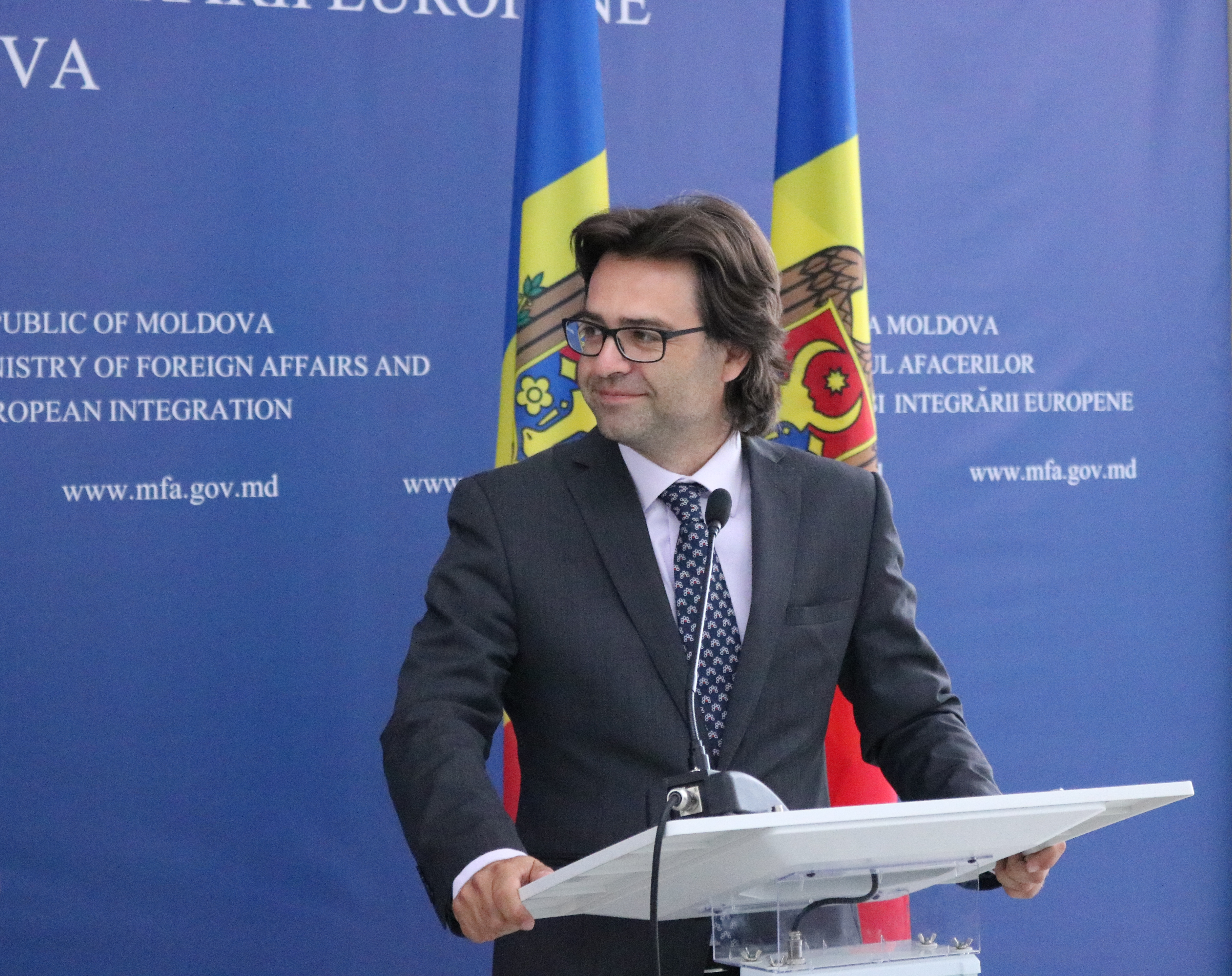 Q: Until recently, Moldova was perceived and described as a  captured state controlled by an oligarchic regime. Where are we  in the broader process of reversing it?

A: Any political system has two layers: the personal one and the institutions supporting this layer. The same goes for either a democratic or an oligarchic system. Now, Moldova is at the stage where the person who had controlled a majority of the previous parliament left the country. It is the first time in Moldovan history that a former de facto leader  has fled the country.  We are at the stage where the government is looking at reforming the institutions, and firing and investigating those people who committed abuses and who participated in major corruption schemes. Last year Moldova ranked 117th in the Corruption Perception Index.

The people who played the key roles in turning Moldova into a corruption paradise have to answer for their actions and will be investigated. We are at the stage where several state institutions are in the process of hiring new leaders, new people – the Constitutional Court, the Prosecutor General. We are opening up again to institutional support from the EU, the Council of Europe and the US for our law enforcement agencies. Then we need to start rebuilding these institutions to get rid of the corrupt people.

Q: Bearing the broader context of the governmental coalition in mind, what are the compromises that you would accept without putting the country’s strategic development in jeopardy?

A: The previous government had a disastrous foreign policy. They formally declared themselves pro-Western, but they put Moldova on an isolationist and anti-Western foreign policy track. Moldova became the shame of the Eastern Partnership countries.

Because of them Moldova was isolated in Europe. The EU suspended financial assistance. So did the US Development Agency. In this sense the new government of Moldova is restarting Moldova’s path to Europe. All parties get a mandate. The ACUM pro-European block and the Socialist party had different foreign policy preferences but none of them got a majority, so we are in a situation to compromise.

The political compromise underpinning the current coalition is based on the idea that Moldova would not revise its pre-existing international commitments. So Moldova will stay on track and will accelerate the implementation of the Association Agreement. The previous government had to face the disruption of the political partnership with the European Union because of corruption.

We are actually reopening our road to Europe by fighting corruption and implementing the Association Agreement with the EU – not just on paper but in reality, seeking to attract European investors, and seeking to reform our law enforcement agencies. Moldova also has a Partnership Action Plan with NATO, which is due to expire this year and we will continue our engagement under IPAP with NATO in the future as well.

A: The biggest front is justice reform and everything that goes under this big umbrella: police reform, judicial reform, reform of the anti-corruption institutions, of the Prosecutor’s Office. It will be tough, it will be slow, it will be hard. But there is no alternative. The mandate from the population is to do this. The reason why the previous governing party was ousted from power is because they were a complete failure, because they turned the justice system into a political tool. They were ousted from power because of that. Under this umbrella there are several other tracks. By undertaking justice reform we are respecting democratic principles, and we have already managed to unblock Moldova’s access in our relationship with the EU and with the US.

We are also looking at concrete deliverables for our citizens. We want to move much faster on eliminating phone roaming surcharges between the EU and Moldova. We’ve managed to unblock EU assistance to Moldova. By fighting corruption, we also plan and hope to attract more investors, as we believe Moldova has all the conditions to be an attractive place for investment.

Q: Prime Minister Maia Sandu has paid official visits to Kiev and Berlin, she was received by Zelensky and Merkel. What were the outcomes of these visits? Are there any consequences for the Transnistrian question?

A: All these visits have led to some outcomes that are also stepping stones towards major outcomes. Take our recent visit to Ukraine with Prime Minister Maia Sandu. For example, we needed to make it possible for our truck and bus drivers to enter Ukraine and spend more than 90 days during every 6 months there.

We had some restrictions on that and we have persuaded Ukraine to eliminate them. There are some concrete deliverables, but the more important and long-term impact measures concern what we have discussed in Bucharest, Kiev, in Berlin and Brussels, about what we are planning to do in the medium-term future. With Ukraine we want to seriously attack the corruption networks around Transnistria and the Moldovan-Ukrainian border.

In this regard, we want to set up more joint border posts with Ukraine and we want to strike hard at the networks of corruption in the region through the joint action of law enforcement agencies. This is one of the biggest tasks we have in our relations with Kiev. In Berlin we discussed a lot about Moldova’s European agenda, about the need to unblock European financing for Moldova, but also for Moldova to sort out its corruption problem.

We looked into ways to make it easier for the EU to support Moldova through some institutional reorganisation, perhaps by setting up a Moldova support group in Brussels among the European institutions. We also want to increase Moldova’s trade access to the European market, because this helps our economy to grow and create jobs. In this context we have asked the EU to raise some of the quotas on Moldovan products. With Romania, we are looking into accelerating our gas interconnection pipeline.

Q: Does the relationship between Romania and Moldova need a reset? What are Chișinău’s expectations in Bucharest today? What could Romania do better?

Romania is the single biggest trading partner for Moldova, it is a big investor in Moldova.

But we can do so much more. The next step is to build a gas pipeline that links Chișinău with the Romanian border, so Moldova can access alternative gas resources. We also want to build more joint infrastructure – more bridges, more highways, renovated roads – to make the flow of goods and people faster and cheaper. We want such projects to turn this expression of strategic partnership between Moldova and Romania into more concrete benefits.

Q: Is geopolitics back to stay? Do we accept that Russia has the final word? While it was instrumental in creating the new political realities, Moscow is unlikely to accept Moldova taking a European turn.

A: Geopolitics matter. But geopolitics is not the only thing that determines the behaviour of states. Moldova is one example. You see a lot of tensions between Russia on the one hand, and the EU, NATO and the US on the other hand, on other international questions.

Nonetheless when two political players and political parties in Moldova, the pro-European ACUM and the Russia-friendly Socialist party decided that they wanted to team up and create a coalition in order to fight corruption and rid the country of oligarchy, the preference of the domestic political partners prevailed over the geopolitical division.

Now we have a unique and positive situation in Moldova where all the major foreign partners are supporting the government. Hopefully that will help Moldova fight corruption, attract investors, and link and integrate Moldova more into the EU. This common agenda, this consensus is based on the fact that Moldovans want deoligarchisation. For them this is more important than the geopolitical constructs. Geopolitics is secondary. Deoligarchisation trumps geopolitics.