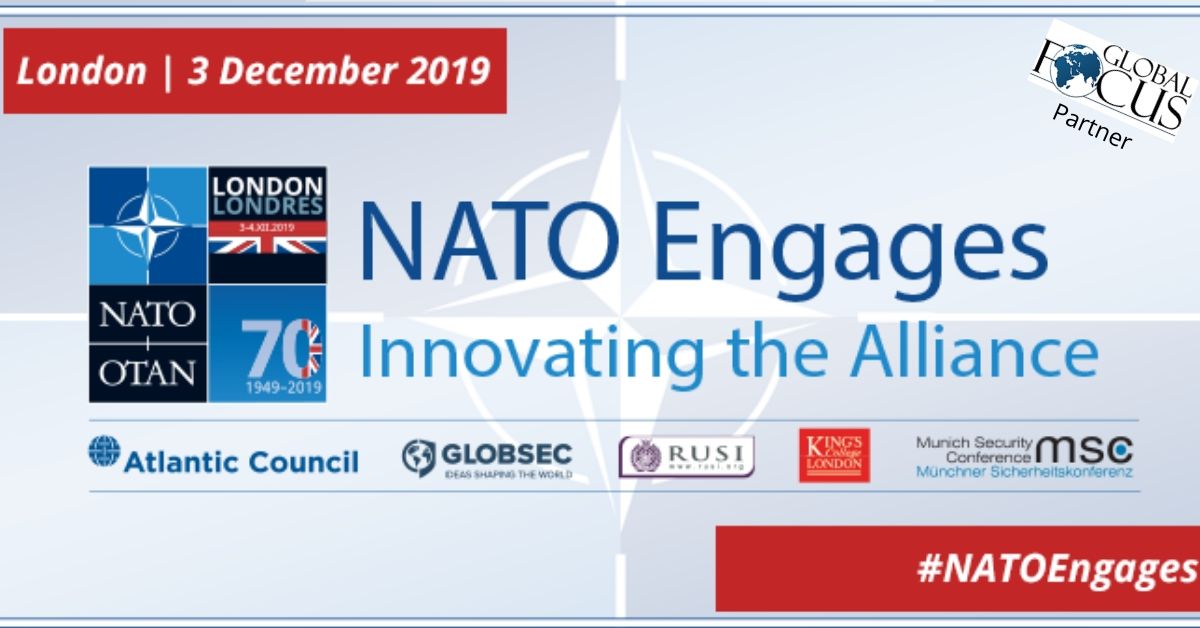 Rounding off NATO’s 70th anniversary year, heads of governments will convene in London on December 4, 2019 to examine how the Euro-Atlantic Alliance adapts and maintains security for its Allies in a rapidly changing world.

GlobalFocus Center partnered with the Atlantic Council, GLOBSEC, King’s College London, Royal United Services Institute (RUSI) London and the Munich Security Conference for this year’s #NATOEngages, a special “Town Hall” event on December 3, the eve of the summit. The debates will set the scene and facilitate a broader conversation by bringing together policymakers and officials with other institutions such as think tanks and universities, as well as the public.

The event will look to NATO’s future, examining how the Alliance deals with geopolitical uncertainty, changing threats and new opportunities. Discussions will cover topics including hybrid conflict, disinformation, and societal resilience, cybersecurity, emerging and disruptive tech, shifts in great power competition and NATO’s enduring value in meeting these challenges.

See you in London!