Risks and Vulnerabilities in the Western Balkans 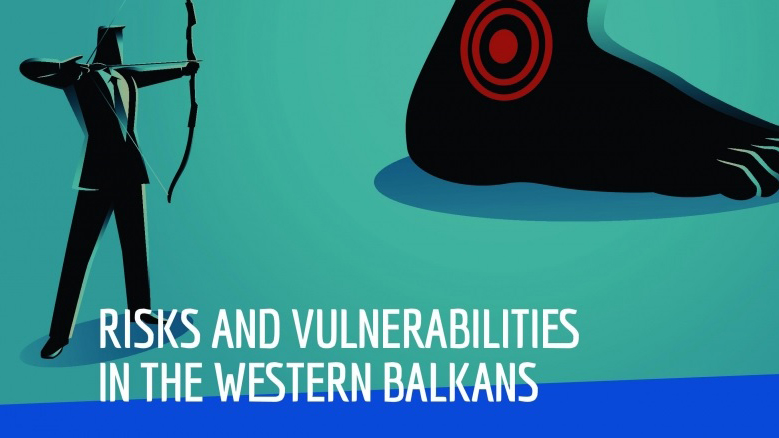 The six countries in the Western Balkans region – Albania, Bosnia and Herzegovina (BiH), Kosovo, Montenegro, North Macedonia and Serbia vary to a degree in their Euro-Atlantic affiliations. Functional and structural weaknesses within these countries open doors for foreign hostile actors to project their influence on the WB public.

The environment is that of ethnic tensions, border disputes and neighbourly disagreements. These countries are still young democracies, yet to recover from the aftermath of the Yugoslav wars. Their Euro-Atlantic orientation is also a tense topic. While Albania and Montenegro are members of NATO and North Macedonia is undergoing an accession process, Serbia balances its foreign orientation between the East and West. Although an EU enlargement is still uncertain for the six Western Balkan countries, their willingness to be a member of the union has been expressed.

However, efforts to assure rule of law and media freedoms are generally weak in results, while corruption and crime rates are high; the economies are dependent on foreign investments and the civil society is easily targeted by information activities, especially in an environment where there is a lack of trust between the governments and the people. All of these factors contribute to an environment vulnerable to foreign hostile influence. To counter such actions, the permeability to hostile influence should be assessed.

This report is based on a year-long study undertaken by Global Focus and published in full as “Propaganda made-to-measure: Dimensions of risk and resilience in the Western Balkans”, analysing permeabilities and identifying vulnerabilities which hostile actors can exploit to gain influence over this region. The report offers an innovative and practical instrument which can be easily replicated and used proactively to build resilience into social, economic, political and security systems for all stakeholders, including policy-makers.