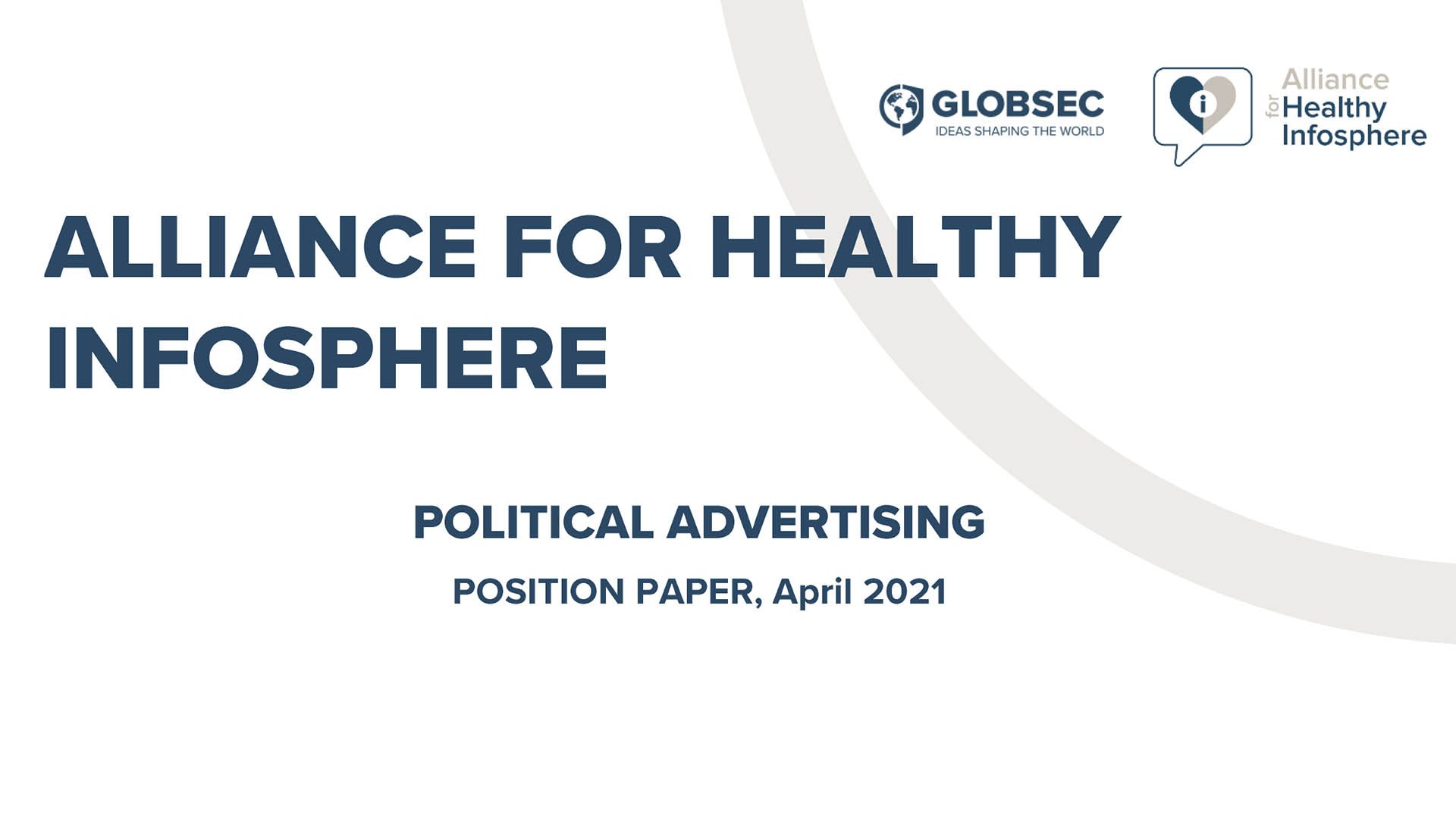 The digitalisation of political campaigning has rapidly transformed the democratic political processes. Online political advertising has not only opened up new possibilities for democratic dialogue and creative engagement, but it has also become a relatively cheap and easy way of amplifying information manipulation.

During the last parliamentary elections in Romania in 2020, the funds spent by the political parties for their online campaigns, almost quadrupled when compared with the presidential elections in 2019.  But with the rise of online political advertising, new ways of exploiting electorate vulnerabilities have emerged too. The European Commission aims to tackle them and limit their impact on the quality of democracy should be recognised.

As part of the GLOBSEC-initiated Alliance of Healthy Infosphere, GlobalFocus Centre has co-signed a position paper on the principles on which a coherent, efficient and fair regulatory framework in advertising should be built.