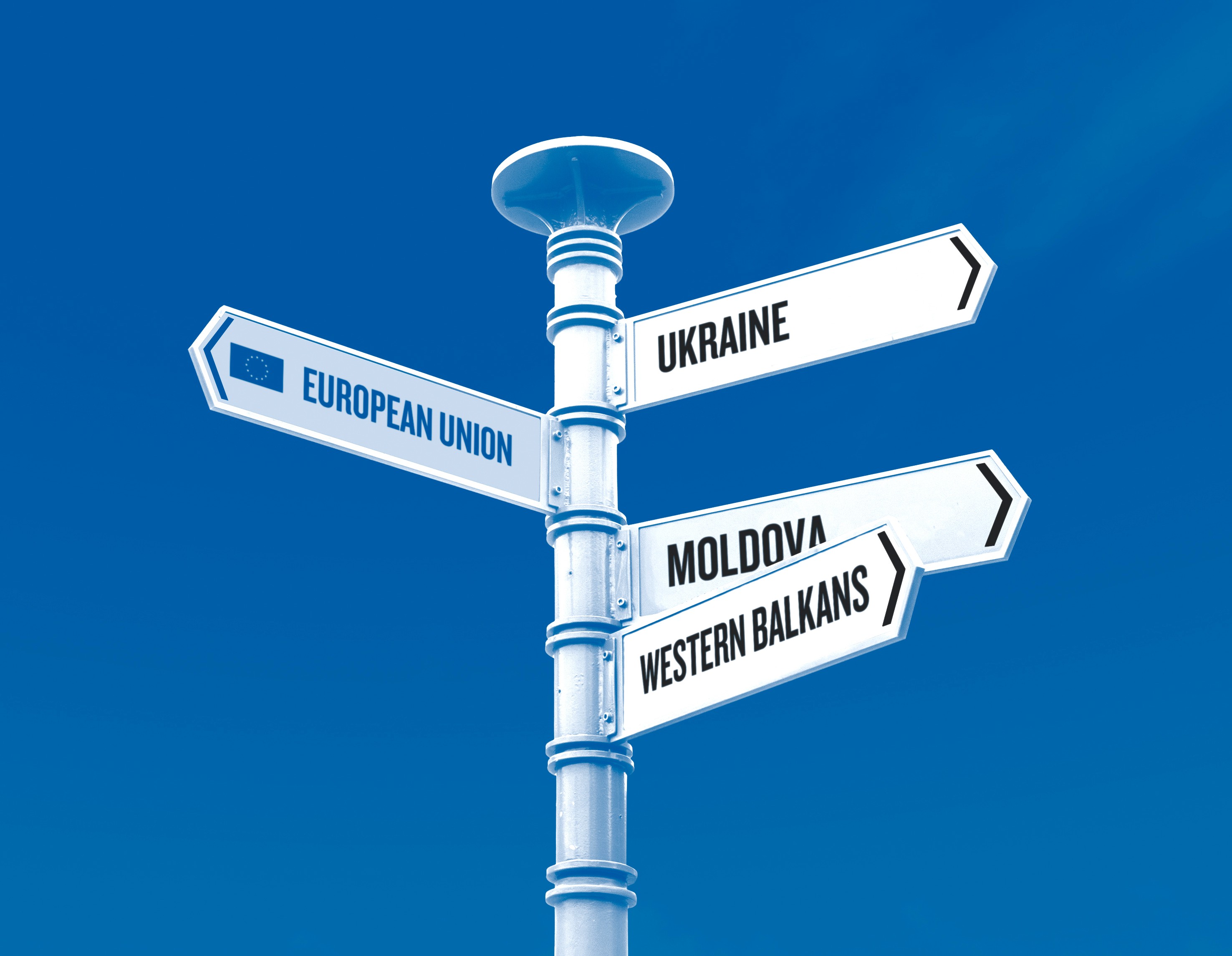 Exactly thirty years ago, shortly before the fall of the Iron Curtain, the late president George H.W. Bush was urging German citizens and political leaders (including chancellor Helmut Kohl) gathered in Mainz, on May 31, to build a ‘Europe Whole and Free’.

Fast forward to mid-2019, when the new EU leadership takes office after elections to the European Parliament, and Europe is still neither whole, nor free. This issue of EasternFocus focuses on the Union’s ability to continue to nurture democracy and rule of law within its own borders and to help engender it in its neighbourhood.

Interesting and potentially disruptive (time will tell whether in the positive or negative sense) developments are taking place in the EU’s eastern vicinity: the Republic of Moldova has a new government, born out of an unlikely (and some say unholy) alliance between pro-European liberal reformists and pro-Russian socialists. But de-oligarchisation is key for advancing Moldova’s European perspective and this trumps geopolitics, says foreign minister Nicolae Popescu in an interview.

Across the border, in Ukraine, the Zelensky presidency, coupled with a landslide win for the president’s party in parliamentary elections, may be a welcome adventure under normal circumstances – after all, Andreas Umland believes that anything works that shakes off the old post-Soviet templates of corruption… provided that Ze can actually deliver!

Nevertheless, it is a risky endeavour at a time of war in Donbas, weak statehood, tense relations with neighbours and dimming EU and NATO prospects. All of these represent the task ahead for the new president, writes Mykola Kapitonenko – with a bit of help from the EU, we might add.

Can the EU actually build rule of law? Lessons from CEE for the Eastern Partnership

But beyond the obvious question of whether it is willing to lend a hand, does the EU actually have the ability to fuel democratic transformation and consolidation? Given the current state of rule of law in Central and Eastern Europe, this ability is increasingly called into question.

In a special dossier, Sidonia Bogdan explains the ups and downs of anticorruption in Romania, which is about to give the EU its first Prosecutor General, while simultaneously backtracking on justice reform at home. The text details some ways in which EU pressure can lead to excess, politicisation and missteps, while providing fundamental incentives for reform and empowering magistrates and civil society.

Corina Rebegea emphasises the importance of societal buy-in and denounces the overly technical and ‘quantitative’ approach of the EU in relation to Eastern Partnership countries, whose progress in dealing with corruption has been very modest. She calls for stronger political engagement if we are to move beyond façade democracy and help neighbours achieve genuine Europeanisation, at a time of growing geopolitical competition in the region (see also Mihailo Gajić’s article on Chinese influence in Serbia).

Absent the perspective of accession and after visa liberalisation, there is little leverage in the EU’s current offer to these countries, writes Daniel Szeligowski, drafting a post-2020 vision for the Eastern Partnership, based on a study of the Polish Institute of International Relations (PISM).

The case of Serbia, described by Srdjan Majstorović, with Belgrade moving toward being a full-fledged captured state and defaulting on the Copenhagen criteria just as it has made some – albeit slow – progress on the EU accession calendar, is a powerful reminder that even the prospect of accession is not alone a guarantee of success, especially as political will within the EU is also scarce achieve genuine Europeanisation, at a time of growing geopolitical competition in the region (see also Mihailo Gajić’s article on Chinese influence in Serbia).

The Union under German leadership; Germany in doubt

But what are the chances that the new European Union leadership will dedicate enough attention to the countries on either side of the EU eastern border? Interviews with MEPs (Radosław Sikorski, Clotilde Armand) and experts (Gustav Gressel, Jana Puglierin and Tomáš Valášek, himself recently turned politician) reveal a few of the challenges ahead. Traditionally reluctant to lead, Germany now finds itself in the position of holding the top position within the European Commission (largely because von der Leyen is not a typical German), while it is struggling to define its approach, when the two pillars of its foreign policy, EU integration and the transatlantic relation are both facing existential threats. With growing great power competition globally, the EU seems fated to remain a multilateral power or risk dissolution.

The (far) east and antiWestern revolt: the worst is yet to come

The threat of disunity also comes from within: Central-Eastern European member states (themselves divided, with V4 positions often diverging from those of Romania, Bulgaria or Croatia) have just shut themselves out of the decision-making process in Brussels because they have acquired a reputation of always being unconstructive, always motivated by negative outcomes, i.e. opposing Western European proposals without being able to build coalitions in support of their own.

This is just supplying new material to those who still look down on the newer member states anyway, not least because of the latter’s illiberal drift. Slim chances, then, that even their legitimate interests will be addressed.

The new High Representative, Josep Borrell, will first have to prove that he is less interested in Cuba than in Russia before appeasing fears that Brussels may lose even more ground (not physically, one hopes!) to Moscow.

However, isolating the east, politically and economically, or being perceived as punishing nations because of their governments only breeds Euroscepticism, just as we are in the early phases of an anti-Western revolt. The lessons of history and the divisions of the present tell us that the ideological battle that marks the era of identity politics is only just beginning. The next episode? A clash of pacts on lifestyle!

Europe is from Venus; (almost) everyone else is from Mars

The challenges and the crises are real, but the lens through which we look at them, shaped by the European culture of insecurity, renders us incapable of action, argues Marius Ghincea. Subnational development disparities (i.e. robust growth remaining concentrated in the big cities) on top of East-West and North-South convergence gaps are additional sources of societal insecurity.

Clara Volintiru advocates that continued EU investment in Central and Eastern Europe is sure to bring high return on investment: CEE societies are still largely proEuropean, the region has a strong economic outlook and every geopolitical incentive to strengthen ties with the West in the face of an increasingly aggressive Russia.

The EU looks better when seen from outside: Pavel Luzin maintains that despite the conflictual nature of the present, Europe remains the only source for Russia’s modernisation, as it has been traditionally, through trade and technology that are vital for Moscow’s economy and military.

Owen Alterman discusses the love-hate relationship between Europe and Israel: Europeans come from Venus, he says, and have moved beyond the liberal European nationalism which underlies modern political Zionism; Israelis come from Mars and cannot escape either the confusion generated by the EU’s current supranationalism, or the feeling of being ‘colonised’ by Europe.

Iran and the changing character of war

It may be useful to ponder on how far we have moved beyond the paradigm of competition among nation states as we contemplate the perspective of the Middle East potentially being rattled by yet another war, one on Iran, unless we heed Alec Bălășescu’s warnings: Iran is unlike Iraq, or Syria or Libya, it is a country with a history of 2,500 years of internal cohesion, with proxies and allies throughout the region, where a war would need to be won not just in the streets of Tehran, but perhaps also those of much larger neighbours.