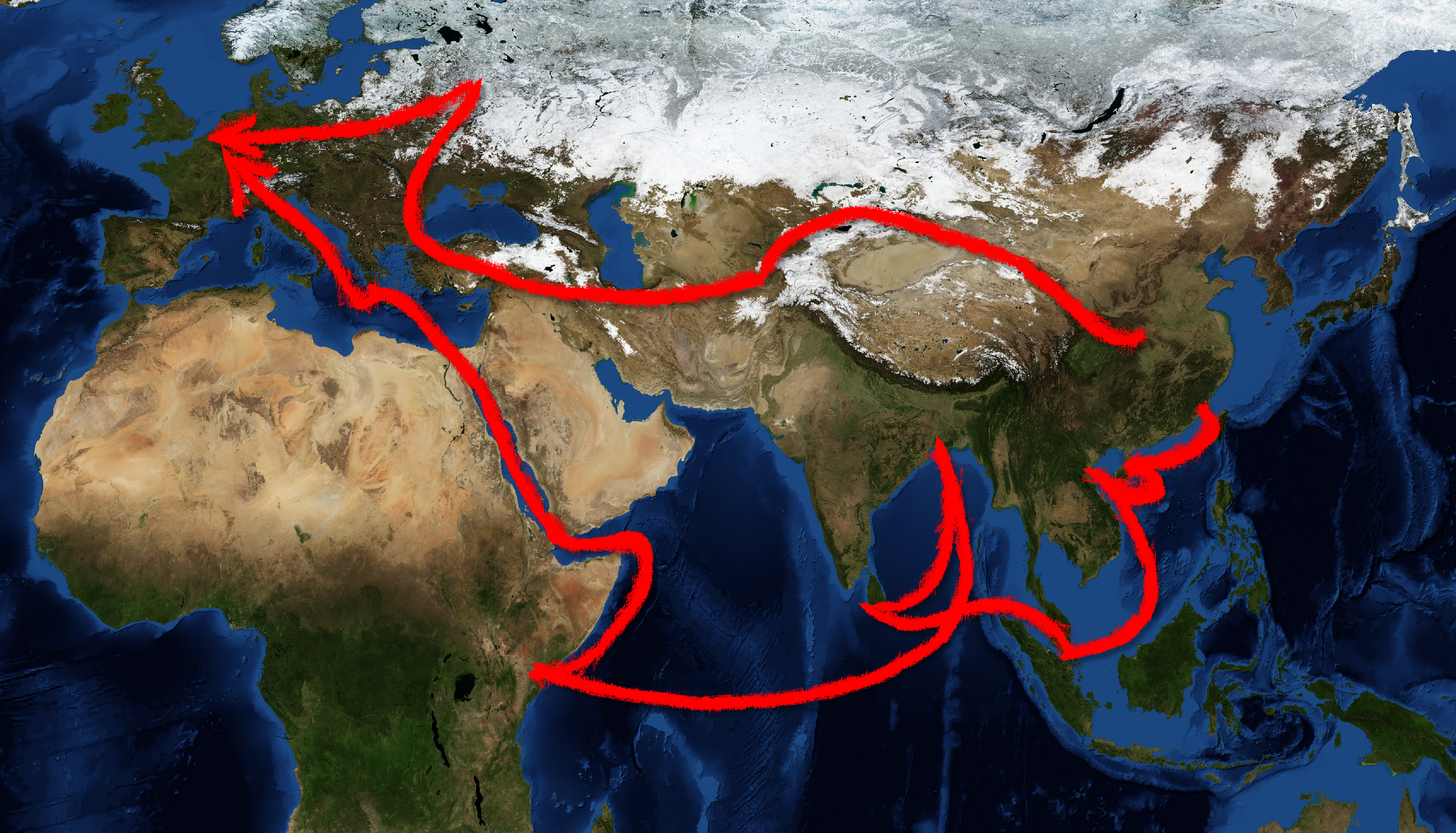 We are to some extent familiar with the Russian threat. But how should we understand the rising Chinese challenge? What are the differences between the Russian and the Chinese behaviour?

Bobo Lo: The relationship between Beijing and Moscow is very good, probably the best it has ever been, with expanding military, economic, political, and cultural cooperation. Although their partnership is increasingly unequal – Russia needs China more than the other way around – it is of mutual benefit. Furthermore, the deterioration in their respective relations with the United States makes it especially valuable to both sides.

Beijing and Moscow are often said to have very similar world views. Yet their perspectives, interests, and priorities can differ substantially. For example, Beijing appreciates many aspects of the existing international system and Western-style globalisation. This is hardly surprising given that China has been the prime beneficiary of both over the past 30 years. During this period, more than 800 million Chinese have raised themselves out of poverty. The socio-economic transformation has been extraordinary, and China has Moscow benefited enormously from opening itself up to the world, and to US and European trade and investment in particular.

Moscow sees the current system as the embodiment of the West’s victory in the Cold War and Russia’s humiliation. It seeks a return to a great power‑centred order, a version of the 19th century Concert of Europe.

Beijing wants to preserve the existing international order, but also to “reform” it so as to enhance China’s influence and status within the system. That means, among other things, preventing the West from “interfering” in China’s internal affairs; gaining support for Beijing’s positions on Hong Kong and Taiwan; obtaining larger voting shares in the IMF and World Bank; and ensuring that others treat it as the de facto equal of the United States.

Moscow believes that the post-Cold War international system has done nothing for Russia. In the 1990s, it suffered from acute internal instability and lost much of its empire. Moscow sees the current system as the embodiment of the West’s victory in the Cold War and Russia’s humiliation. It seeks a return to a great power-centred order, an updated version of the 19th century Concert of Europe. What it really wants is a Yalta-II, a world shaped by the Big Three, where Russia holds the balance between the United States and China. 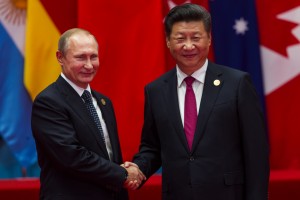 To sum up, China still believes it can work within the post-Cold War international system, for all the latter’s imperfections, whereas Russia wants to get rid of it altogether. If a new world order is to emerge, then
for Beijing this would centre on the US-China relationship.

Although second-tier powers (Russia, EU, India, Japan) and multilateral institutions would play important roles, it is the interaction between Washington and Beijing that would be key.

Is Russia ready to embrace the East and go beyond its Western-centrism? Should we read more into the Russian-Chinese exercises – the beginning of a strategic alignment ready to probe the American-centric liberal order? To a certain degree, they display some similar traits: they both embarked on revisionist projects in their immediate abroad in South China & Azov Seas, they are both energised by a powerful rhetoric of humiliation, they both built advanced military arsenals increasingly designed to keep the West at bay.

BL: The notion of a Sino-Russian authoritarian alliance has become accepted wisdom, particularly in the United States. There is much talk of strategic coordination, whereby Russia supports China in the Asia-Pacific, while China backs Russia in the Black Sea, Baltic Sea, and in the Middle East. I see things differently. This is a partnership of strategic convenience, not an authoritarian alliance. China and Russia are individual actors with their own agendas. Sometimes their interests converge, but at other times they do not.

It is important to draw a distinction between Chinese and Russian behaviour in the international arena. At one level, this can almost be summarised in two words: body count. Chinese actions in the South China Sea have certainly been aggressive. They have militarised the disputed islands despite previously undertaking not to do so. They have interfered on several occasions with freedom of navigation. And Beijing has also dismissed the ruling of the International Court of Arbitration in The Hague.

On the other hand, how many people have been killed as a result of Chinese actions? None, as far as I know. Compare this to the Russian intervention in Ukraine, which has led to more than 13,000 deaths to date. We are talking about completely different types of behaviour. Which of these two powers has caused the most disruption through its actions? Clearly Russia.

How many wars has it fought since the end of the Cold War? The first Chechen war, the second Chechen war, the invasion of Georgia, the annexation of Crimea, the Syrian war, the Donbass intervention. China, in stark contrast, has not fought a war since 1979.

There is an interesting debate going on in Romania as the Chinese want to invest in some strategic sectors – particularly infrastructure or energy. Should we fear Chinese intentions?

BL: Let’s take the Belt and Road Initiative. There are two points to remember. The Chinese embark on investment projects not out of charity or good will, but because they see them as being in their commercial and political interest. People should not be deceived by the expression, “win-win”. 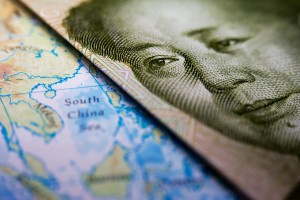 © Photo by corlaffra on Shutterstock

A friend of mine once told me about a conversation he had had with China’s WTO chief negotiator some years ago. When my friend mentioned the notion of “win-win”, the negotiator replied that such an outcome merely meant that “you haven’t negotiated hard enough”!

The other thing – and this is evident with the 17+1 framework – is that the Chinese often talk a big game without necessarily following up with concrete projects and real funding. I would advise any country dealing with the Chinese to be open to investment proposals, but also to exercise due diligence and follow up. One shouldn’t confuse flattery for serious intent, although the Chinese are skilful in blurring the lines.

Incidentally, they have handled Vladimir Putin brilliantly. Everyone knows that Russia is the weaker partner in the bilateral partnership, but the Chinese are careful not to rub this in. Instead, they emphasise that Russia is a great power, and that the relationship is the best they have ever had. Beijing understands that flattery can make life a lot easier.

You have emphasised that we are entering a post-American era. Has the US lost its faith in the liberal international order? Is this something structural even beyond Donald Trump?

BL: This remains an open question. If Trump is re-elected in November 2020, then the liberal international order, or what’s left of it, will be dead in the water. That said, I am not convinced that the liberal order is recoverable even if Trump gives way to a Democrat or a more or less centrist Republican.

It will take much more than just having a US president whose name is not Donald Trump. We all need to do more, not only in the United States, but also in Europe. For example, until the Europeans get serious about hard security and not just soft power, the transatlantic relationship is only going one way – down.

Is Europe in its current state – fragmented, polarised – ready for a world where the return of great power competition is becoming the new normal?

BL: Here is another paradox. For all the talk about geopolitical rivalries, the great powers have rarely been weaker in their ability to impose their will on the world. The United States, the greatest power in history, is losing a 20-year war against one of the most backward countries on the planet (Afghanistan).

Chinese often talk a big game without necessarily following up with concrete projects and real funding.

It is similarly impotent with North Korea. Or take Russia in Ukraine. It has annexed Crimea and invaded the Donbass, but has it strengthened its position vis-à-vis Kyiv? The opposite is true. Putin has united Ukrainians against Russia. He has strengthened Ukrainian national identity and consciousness. Operationally, Putin may have been successful, but strategically Russia has lost out.

The problems of the contemporary world – climate change, global poverty, the proliferation of weapons of mass destruction (WMD), cyber-interference, terrorism – are so wide-ranging that they are not soluble by a single great power or a “Concert” of great powers (such as a Yalta-II). We live in a vastly more complex and interconnected world than in 1945. The Kissingerian vision of great power accommodation is thoroughly anachronistic. In the 21st century, small states, non-state actors, and international organisations have vital roles to play.

The interview was conducted by Sidonia Bogdan and Octavian Manea courtesy of the Bucharest Forum 2019, an initiative of the Aspen Institute Romania and GMFUS office in Romania.